Just finished this tune. Hope you like it. Tell me, if so… otherwise just let me think, nobody had listened to it 😉

This tune is inspired by the great Megumi “Miss Megoo”. I took the intro from Prince Buster “All My Loving” and looped it. At my rehearsal room @ Sedel I recorded the flute or better the flutes… 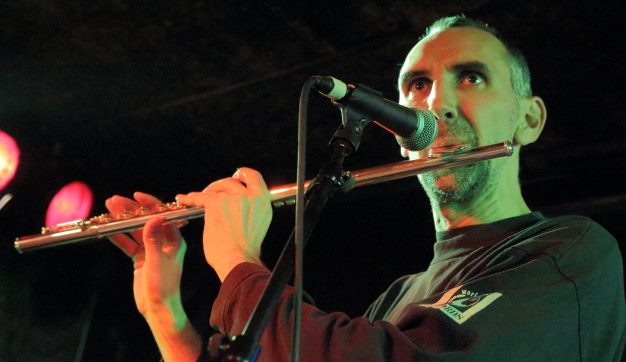 There are 5 tracks with flutes. I cut off different parts of those flute tracks. With Amadeus Pro I put one flute to the far right, the other far left and the third to the middle. Finally I took Garage Band to give the flutes different echos and sounds. Got it?

The Ball Of Fire tour continued

After Berne, I had no contact with The Skatalites and the Ball Of Fire 1997 tour until tuesday 26th of November, when the tour was in Paris, where I meet them for the last show of the tour.

And then The Skatalites went for the very first time into Africa. La Reunion is a french island close to MadagaSKAr. That was a great moment specially for Rolando Alphonso, as he told me later.

Island of La Reunion (20th to 23rd of November)

A few days in paradise and then back to the final shows in Paris at New Morning.

What a great day to think about… today, it’s 20 years ago, but I’ll never forget this day for sure.

END_OF_DOCUMENT_TOKEN_TO_BE_REPLACED

Ball Of Fire 1997 Euro tour without me

From the tour rider (I’m not sure, if this was the final plan):

And then from Piacenza to Geneva and finally Berne, where I met the band again and joined The Skatalites with my flute. To see some pictures and listen to this show, come back not before 9th of November 2017, exactly 20 years after the real event.

The way from Nancy to Strasbourg isn’t that far, so we arrived early.

END_OF_DOCUMENT_TOKEN_TO_BE_REPLACED

I have a single room (I don’t remember why). We’re in the Hotel Ibis in Nancy. Because Shay was with the both Lloyds in Paris, I have seen the rooming list and I wasn’t on the list, but a name of an old friend of mine. It was a bit strange for me to see this, without knowing about it. I mean, I knew, I have to leave the tour in Strasbourg the next day, but I didn’t know why. Now, I realized, that I was out and another was inside. But I wasn’t angry, it’s the way it is. Life goes on…

END_OF_DOCUMENT_TOKEN_TO_BE_REPLACED

Seventh day on the Ball Of Fire 1997 tour

This morning Lloyd Knibb and Lloyd Brevett left us togehter with Shay for a trip to Paris to give interviews and stuff.

END_OF_DOCUMENT_TOKEN_TO_BE_REPLACED

At the breakfast I was talking with Lester Sterling about Peter Tosh. Lester told me, that Peter Tosh used to call him “Mr. Sterling”. Later, when Tosh was famous, Lesters brother Keith Sterling was in the Tosh band, so they met again. Tosh didn’t recognized Lester, so Keith introduced him to Tosh. And Tosh said: “Hello Lester”. That’s how things are chaning.

END_OF_DOCUMENT_TOKEN_TO_BE_REPLACED

From the bretagne to Rennes it was the same way back.

END_OF_DOCUMENT_TOKEN_TO_BE_REPLACED

Fourth day of the Ball Of Fire 1997 tour

The breakfast in Rennes was as small as all the other ones so far on this tour. Brevett is a lot talking in monologues. The feeling in the crew is not that easy as it should be. It’s too much moaning about this and that. I don’t know who is talking shit, but nobody is on the same line. The way to this wonderful place was all through the nice Bretagne.